The Lives of Freda Bedi

Andrew Whitehead joins the Bookclub to talk about the little-known story of Freda Bedi.

Andrew is a historian, lecturer and freelance journalist with 35 years with the BBC as a correspondent, presenter and editor of BBC World Service News. He is honorary professor at the University of Nottingham & also a visiting professor at the Asian College of Journalism in Chennai, South India. Andrew's first book 'The Lives of Freda Bedi’ includes new material based on extensive access to the Bedi family archives. He is currently working on his second book 'Curious London' which will be published later this year.
Andrew Whitehead joins the Bookclub to talk about the little-known story of Freda Bedi. Bedi was an English woman who made her life in India after marrying a Punjabi-Sikh student in Oxford in 1993. After marriage, Bedi regarded herself as Indian and lived in Lahore where she championed India’s national cause during the Second World War. She later became an active Kashmiri nationalist, a Tibetan Buddhist and towards the end of her life a Buddhist nun, but India would remain her home to the end.
Buy ‘The Lives of Freda: The Political, Spiritual and Personal Journeys of Freda Bedi’ here >> 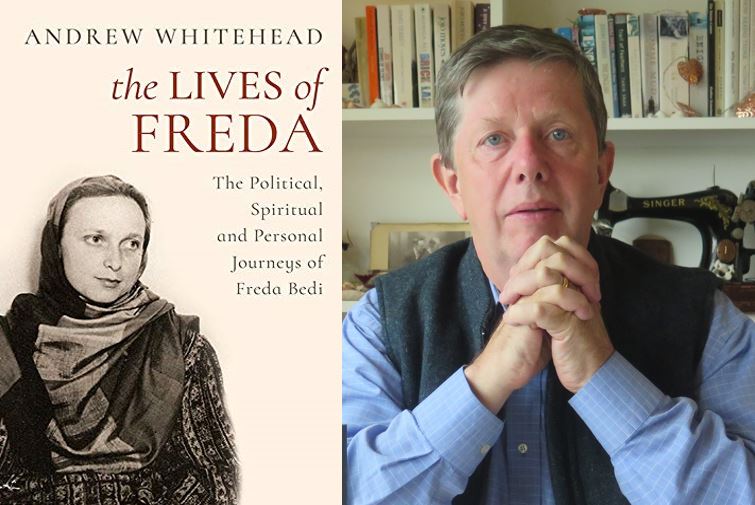