Priya Atwal is a historian of empire, monarchy and cultural politics across Britain and South Asia. She has taught History at King's College London and Oxford, where she obtained her doctorate. Her research has been featured in collaborative projects with Historic Royal Palaces, among others; and she makes regular broadcast appearances, most recently presenting the BBC Radio 4 series, Lies My Teacher Told Me. She tweets @priyaatwal.
Pryia Atwal's new book ‘Royals and Rebels’ looks beyond the empire’s founding father to restore the queens and princes to the story of this empire’s spectacular rise and fall. She brings to life a self-made ruling family, inventively fusing Sikh, Mughal and European ideas of power, but eventually succumbing to gendered family politics, as the Sikh Empire fell to its great rival in the new India: the British.
Buy 'Rebels and Royals' here >> 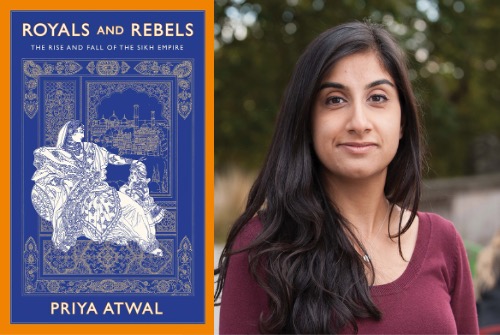