Between the Mutiny and Amritsar: The 'Kooka' Massacre of 1872

This talk explores the little-known history of the ‘Kooka’ Massacre.

Kim Wagner is a Danish-British historian of colonial India and the British Empire at Queen Mary, University of London. He has written a number of books on colonial India, including ‘Amritsar 1919: An Empire of Fear and the Making of a Massacre’ (2019).
In January 1872, Deputy Commissioner J. L. Cowan responded to a minor outbreak among Namdhari Sikhs by executing 68 prisoners by blowing them from cannons in the small principality of Malerkotla in Punjab. This talk explores the little-known history of the ‘Kooka’ Massacre, that echoed the Uprising of 1857 and foreshadowed the Amritsar Massacre of 1919, thus revealing something crucial about the forms and functions of fear and violence in British India.
Buy ‘The Skull of Alum Bheg: The Life and Death of a Rebel of 1857’ here >> 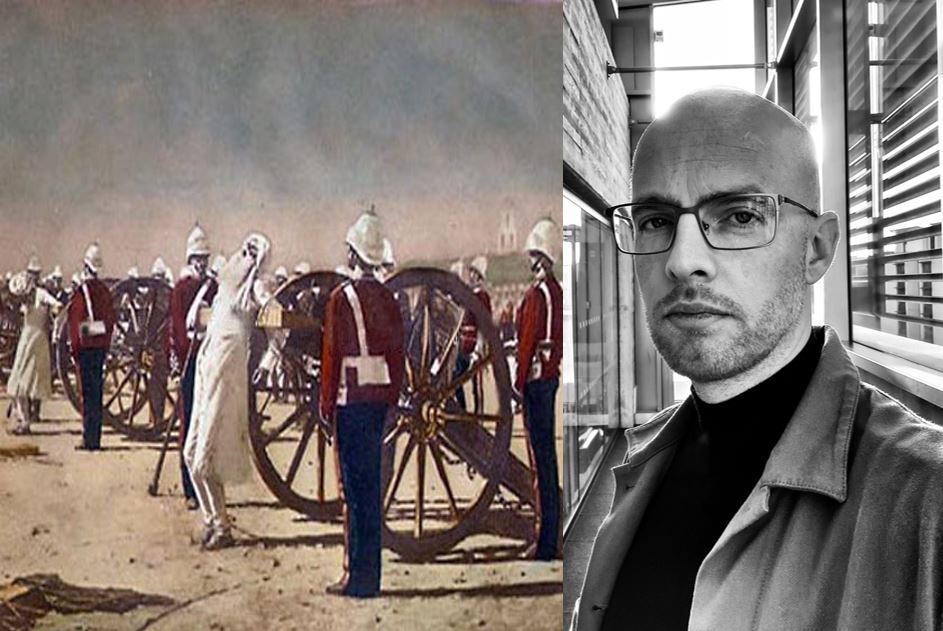