The Lost Homestead: My Mother, Partition and the Punjab

In this gripping memoir, Marina Wheeler tells the story of her mother’s early years shaped by the Partition and her subsequent search for personal and political freedom.

Marina Wheeler QC is a British lawyer, author and columnist. As a barrister, she specialises in public law, including human rights, and is a member of the Bar Disciplinary Tribunal. She was appointed Queen's Counsel in 2016. She was educated at the European School of Brussels, and then in the early 1980s at Fitzwilliam College, Cambridge, where she wrote for the student magazine Cantab. Marina’s ancestry via her mother, Dip Singh, is rooted in the city of Sargodha in West Punjab, present-day Pakistan, with her maternal family migrating to present-day India after the Partition of India.
In conversation with Kavita Puri, Marina Wheeler joins the UKPHA Bookclub to tell the story of her mother’s early years shaped by the Partition and her subsequent search for personal and political freedom. In this gripping family memoir, The Lost Homestead, touches on global themes that strongly resonate today: political change, religious extremism, migration, minorities, nationhood, identity and belonging. But above all, it is about coming to terms with the past, and about the stories we choose to tell about ourselves.
Buy 'The Lost Homestead: My Mother, Partition and the Punjab' here >> 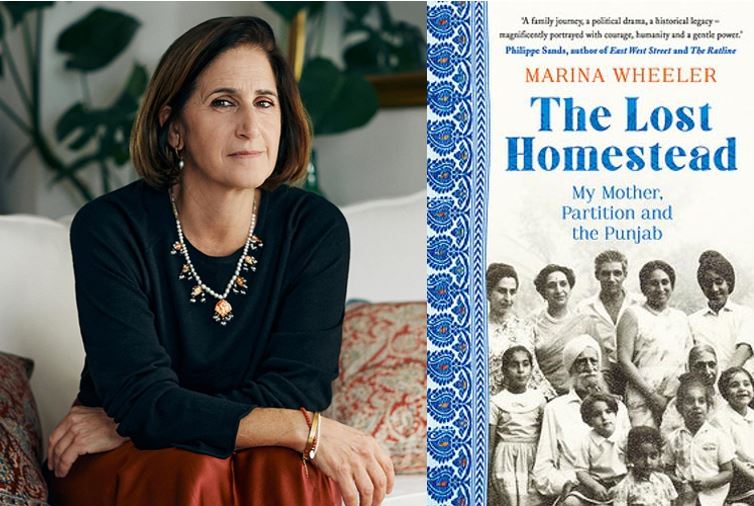