Toxification explores the plight of the Punjabi farmer and the price they pay for the rice on our plate.

“My work ultimately draws on my identity as a first-generation British-born Indian.” Based in London, social documentary photographer and filmmaker Rehmat Rayatt graduated from the Arts University Bournemouth with a BA(Hons) in Photography and works globally within film, photography and facilitation. Her work has been screened and exhibited at The Southbank Centre, BFI Southbank, The Old Truman Brewery, The New Art Exchange, Candid Arts Trust and many more, as well as on broadcast channels such as Sky Arts, in print and online in The Guardian, The Times of India and more.
Farmers put food on our plates, but the profession is a challenging one. In the state of Punjab in India, farmer suicide is one of the biggest social issues along with an overwhelming drug problem and lack of resources. The introduction of three new agricultural bills in 2020 threatens to weaken farmers' livelihoods further, and global protests have been staged in support of the farmers. Rehmat Rayatt, Director of Toxification, talks with Harkirat Assi of Punjab Arts about the film, its relevance and what we can do to support the farmers. Toxification is now available on Amazon Prime Video. 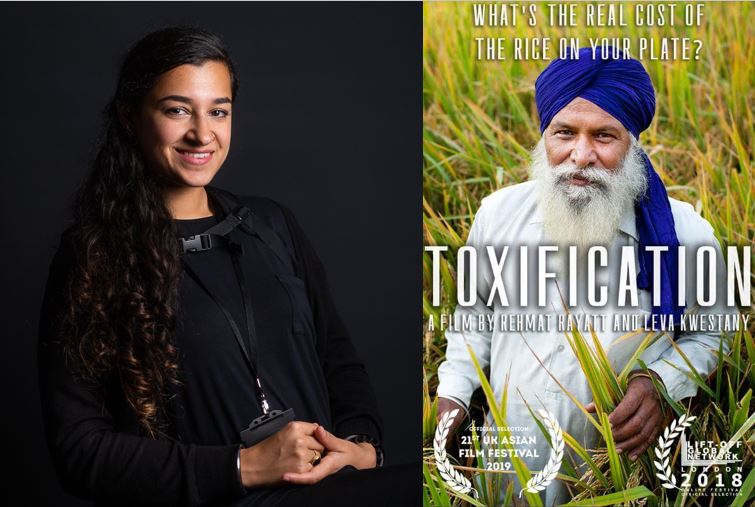