Sathnam Sanghera was born to Punjabi immigrant parents in Wolverhampton in 1976. After attending Wolverhampton Grammar School, he graduated from Christ's College, Cambridge with a first class degree in English Language and Literature in 1998. He has been shortlisted for the Costa Book Awards twice, for his memoir The Boy With The Topknot and his novel Marriage Material, the former being adapted by BBC Drama in 2017 and named Mind Book of the Year in 2009. He has won numerous prizes for his journalism at The Financial Times and The Times, including Young Journalist of the Year in 2002 and Media Commentator of the Year in 2015. He lives in London.
Award-winning journalist, author and presenter Sathnam Sanghera speaks with reporter-filmmaker Amandeep Kaur Bhangu about his latest book, Empireland. Described as presenting ‘an irresistible case for reviewing much of what we think we know about the reality and legacy of the British Empire’ (James O’Brien), Sathnam addresses the many ways in which imperialism continues, to this day, to permeate aspects of our lives – from politics through to culture.
Buy 'Empireland: How Imperialism Shaped Modern Britain' here >> 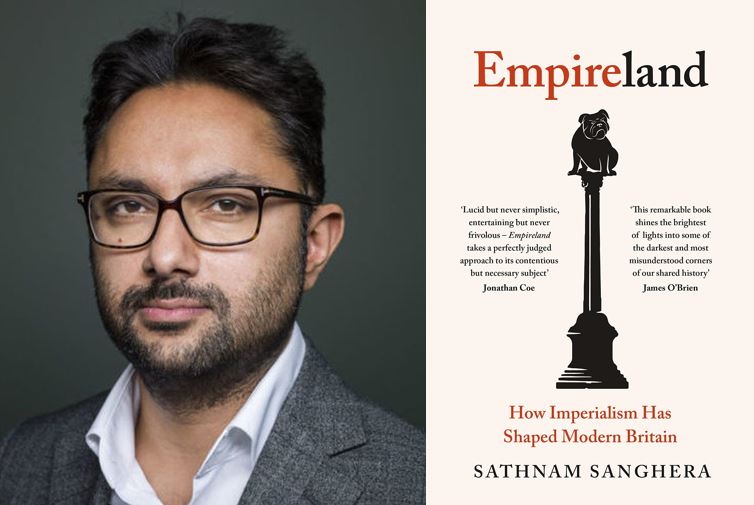